The thirteenth Belgrade International Architecture Week – BINA, under the slogan From Communis to Communication, is dedicated to communications in architecture, communication via architecture and the spread of ideas about relations in the city. A special part of BINA’s program deals with establishing a dialogue with the past through the majestic architecture of academian and professor Ivan Anti
(1923-2005), as well as with the present through projects Creative Europe Cities Sharing: Creative Momentum and Future Architecture.

In your opinion, what is European cultural heritage?

European cultural heritage represents a shared space of the European continent that has its own history, culture and future. Architecture, nature and cultural heritage of cities of Europe, but also modern strategies and aspirations are the most important part of future development of the European continent. I believe that initiatives of international cooperation pursued by the EU for some time now are very important because they represent a collection of joint efforts towards sustainable cities of the future which will reconcile, on the one hand, tendencies of great expansion of cities and possibilities of stopping the commercialisation of building construction and, on the other hand, aspirations of practitioners and theoreticians of architecture which have a proclivity towards establishing a dialogue with the past and the development of new, modern directions in the future.

Which historical periods and events of Serbian history and elements of cultural heritage are most important and interesting to you from the point of view of the common European cultural space, shared history?

In the field of architectural heritage we are witnessing great collapse of Modern Movement buildings which vanished in a short period of time, while being the bearers of time after WWII which united the European space. This period was neglected for many years, and now it is the focus of the global public.

A working group was formed in Belgrade within the Association of Belgrade Architects, Docomomo Serbia (2010), as a part of the Docomomo International (an international working group for documenting and conserving buildings, locations and entities of the Modern Movement, 1988), working on collecting documents about the most important buildings created during this period on the territory of the Republic of Serbia, and on the other hand, striving to promote, educate, initiate and urge the public in order to establish a dialogue and protection from the decay of buildings from this period. Based on conferences (BINA 2009), exhibitions (BINA 2012, 2017), staged debates, discussions, and workshops that took place, as well as activities of our presidents (Ljiljana Blagojević PhD, Dobrivoje Erić MA), persistence of the Secretary Jelica Jovanović, coordinators, members and associates, we reached very important conclusions and documents that need to be used with the aim of preserving our cultural heritage of the Modern Movement in cooperation with institutions (the Ministry of Culture and Information, Secretariat for Culture of the City of Belgrade, Belgrade City Institute for the Protection of Cultural Monuments, Institute for the Protection of Cultural Monuments of Serbia and others). Currently there is a discussion on the most important building of Milica Šterić (1914-1988), the former building of Energoprojekt, which received the 7th July Award in the past and which is in the process of reconstruction.

An especially important topic is the one concerning the preservation and reconstruction of the urbanist entity of the city — New Belgrade, one of the extremely important new cities from this period. Many researches speak about the importance and recognisability of the city of Belgrade through the prism of development of urbanism, architecture and typology of residential architecture of New Belgrade of the Modern Movement. An especially important fact is that at that time all important public buildings, as well as many residential complexes were realised through victories on architectonic and urbanist competitions which even today represent the most democratic way of choosing high quality architectonic concepts.

Another testament to the great importance of this architectonic period is the great exhibition in New York at the MoMA Museum entitled Towards a Concrete Utopia: Architecture in Yugoslavia, 1948-1980, which will be opened in mid-July this year, as the first presentation of exquisite works of leading architects of socialist Yugoslavia to the American and international public, and also an event where our experts will participate (prof. Vladimir Kulić PhD, prof. Tanja Damljanović Konli PhD, Jelica Jovanović and others).

In your opinion, in what ways should awareness be developed and the feeling of belonging to this shared history and values be empowered?

Education on space, in a multidisciplinary manner (architecture, geography, sociology, history, philosophy, economics, technology, art and others) should be started from the earliest days of a human being in order to build a relationship and understanding. It is necessary to promote architecture and the phenomenon of space during primary school, but also during the continued education. There are projects dealing with preparing materials and books that can be important companions in the realisation and creative development of different programmes and projects of education.

EU projects of European cooperation Creative Europe, where our country is a participant are the right place to empower belonging to a shared space. The Future Architecture Platform (FAP) and Shared Cities: Creative Momentum (SCCM) precisely connect 21 countries of the European continent (2016-2020, organised by BINA-DAB and KCB). My colleagues Danica Jovović Prodanović, Ružica Sarić, Aleksandar Kotevski, Tatijana Vukosavljević, Ivan Kucina, Natalija Jovanović and many young architects, and also initiatives Park Keepers and Škograd are currently working on developing a programme for the ensuing period characterised by the use and improvement of public spaces of the city, interventions, urban design, action schools and an interesting programme with citizens.

Would you highlight any projects of contemporary creativity dealing with cultural heritage that you particularly like?

The new museum in Berlin of the architect David Chipperfield and his team (David Chipperfield Architects, 2009) which was created by reconstructing and additional constructing of the existing and demolished museum is the right answer and a successful example speaking about the dialogue between the old and the new creativity.

Our bureau (BiroVIA) is currently working on developing a reconstruction project and additional constructing of the Museum of the city of Belgrade, the building of once the new Military Academy (1899), whose author was the architect Dimitrije Leka (1863-1914) and the main topic of the project, the architectonic concept which won at the competition is establishing a dialogue between the inherited architecture and the modern concept. 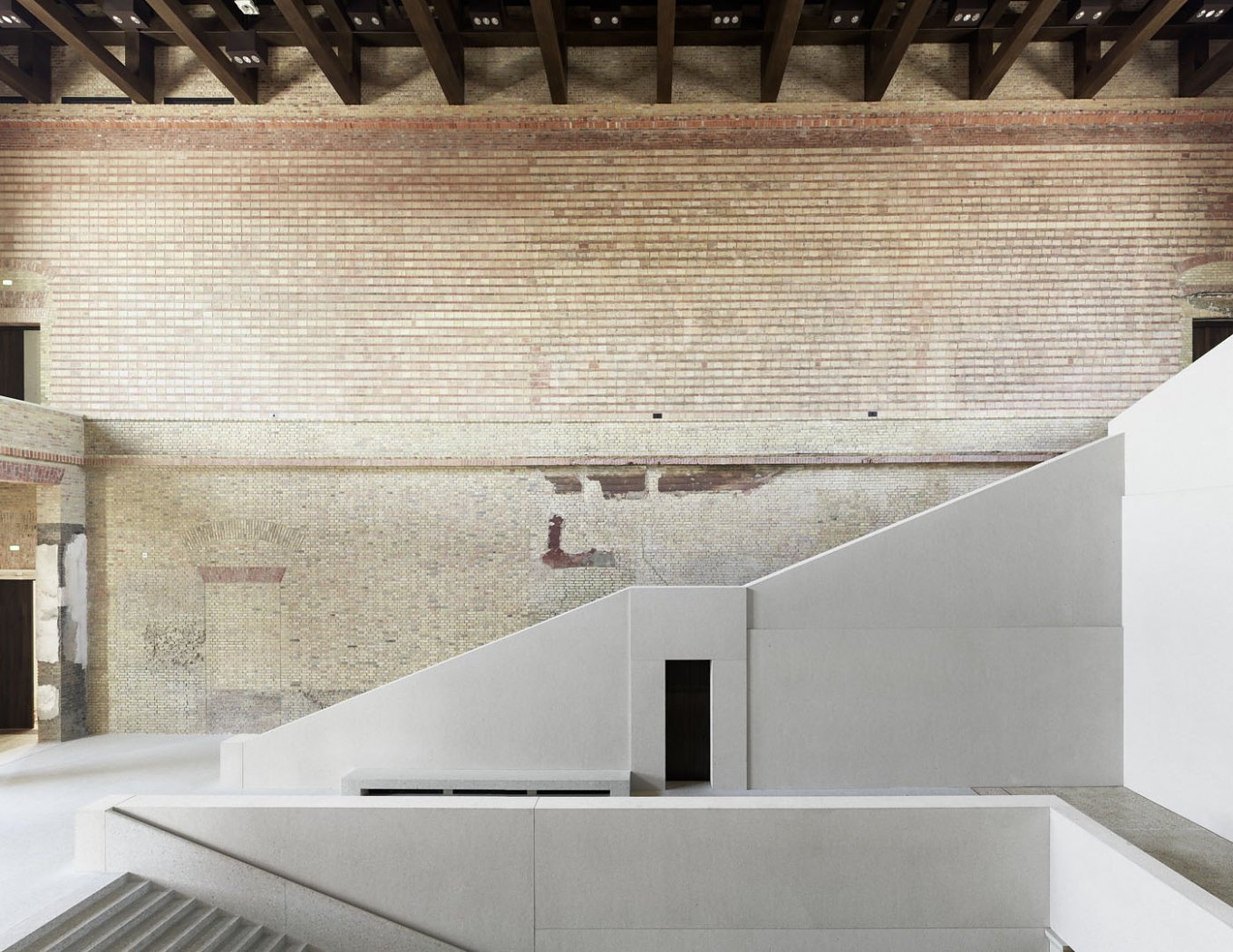 Would you highlight any projects from the field of cultural heritage successfully collaborating with other sectors?

BINA (Belgrade International Architecture Week) is a project organised by the Association of Belgrade Architects and the Cultural Centre of Belgrade successfully cooperating with partners from the fields of economy, industry, education, tourism, cultural centres in Serbia, Europe and on the international scene for thirteen years. BINA was designed as a call to the architectural and the wider public to contemplate on the quality of constructed space, while at the same time it represents an encouragement to establish criteria and a value system which would contribute to improvement of the future architectonic production.

BINA is the first manifestation to design and organise architectonic walks promoting the heritage of cities of Serbia to the public by engaging experts who interactively interpret, analyse and establish better understanding of our architecture and culture. Our surprise throughout all these years is to that extent greater because we have to repeat certain walks due to a great number of participants and exquisite interest of the audience.

BINA authors and the founding team successfully collaborate with a vast number of governmental and non-governmental organisations due to the desire to empower architecture in Serbia and make it our export product in the future (the example of the Chilean architecture in the world).

In what way will your institution participate in marking the European year of cultural heritage?

In the context of promoting 2018 as the European year of cultural heritage: BINA has set celebrating the diversity and wealth of our cultural heritage as the central topic of the festival through the innovative and interactive programme. The study exhibition The Architectonic, Ivan Antić (1923-2005) presents the most important works of creativity of Serbian Architecture from XX century. The authors of the exhibition prof. Dijana Milašinović Marić PhD and Igor Marić PhD stated that Ivan Antić is an exquisite architect, professor and academic whose unambiguous architectonics is unique and striking. Within the accompanying programme there will be organised staged debates, discussions, exhibition guides, workshops, short trips and walks through the works of this creator of the Modern Movement (10-31.05.2018, gallery of RTS). 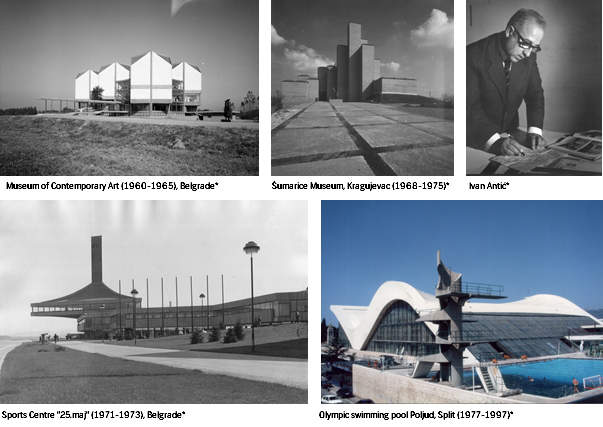 * Archive of Dijana Milašinović Marić and Igor Marić, authors of the exhibition

Jelena Ivanović-Vojvodić (1962) graduated and received her PhD from the Faculty of Architecture of the University of Belgrade. She worked as a professor and a dean of the Faculty of Applied Arts and Design. She realised a great number of buildings and interiors and won a series of professional recognitions and awards. She is a member of the Union of Architects of Serbia, Association of Belgrade Architects, Docomomo Serbia, Serbian Chamber of Engineers, and Women’s Architectural Society. She is the Director and Co-Founder of the Belgrade International Architecture Week – BINA. She is also a Co-Founder and Owner of the architectonic company BiroVIA (together with prof. Goran Vojvodić).

Towards the European Capital of Culture Novi Sad 2022

Info day about the Creative Europe in Kragujevac

Info day about the Creative Europe programme in Zrenjanin